“Jenni Plochka?” the worn woman in a pink bathrobe read the card in a harsh, tobacco and booze voice. The blue “Vacancy” flashed through her cigarette smoke. She frowned suspiciously. “Don’t get many BMWs here.”

Hungarian: Most Magyarul: A Szoba

Jenni felt tired – frustrated, hurt, confused. Why do I feel so bad? I never even liked him! she thought as she entered her musty room lit by a dangling bare bulb. She grimaced at the odor. Muttering “Shit” repeatedly, she grabbed a bar glass from above the sink, hauled a quart of Johnny Walker Black from her red Prada handbag, and half filled the glass.

In the corner was a round table and a chair, on the wall, a mirror. Jenni smiled too sweetly at herself. Slender and trim. She smiled and patted her prim blonde hair, then put one hand under a breast and frowned. Need more there! She downed the whiskey. 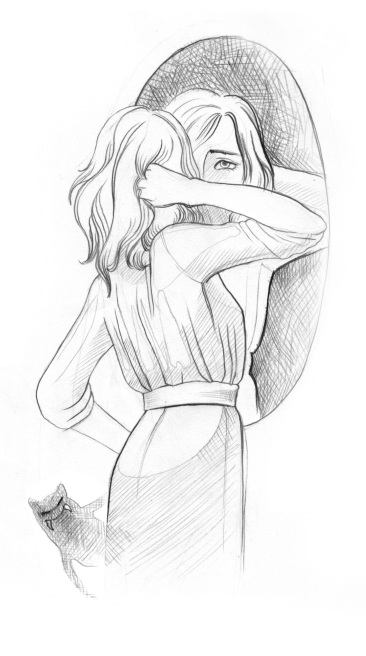 Jenni grabbed the ice bowl and headed for the office. As she approached the door, the bolt turned by itself. She unlocked it, but now the knob wouldn’t turn. She twisted the knob. She rattled the door. Nothing. She was trapped. “Oh shit,” she repeated, then “Fuck it! Who needs fuckin’ ice!”

She took her glass and bottle, and for a while, stared wistfully out the window. After a time, she sighed and put her fourth drink on the table.

Something groaned. Petrified, Jenni turned to see a withered hand stretch from under the bed. The light bulb popped. Only the streetlamp flickered through the window. Frantic, she ran to the door. The knob still wouldn’t turn! The bolt locked by itself again! Jenni jerked around, her back to the door.

From under the bed it came, a dark figure with frail arms and a bloated belly. It slithered up to Jenni who slid down to the floor, her mouth uttering silent screams. The phantom grinned with long, needle like teeth. He cackled hoarsely.

“You are hopeless, wretched, ugly. You will be fat and frivolous and everybody will hate you!”

The demon grinned down evilly. Then suddenly he turned away.

“Oh shit!” he yelled petulantly. “Shit shit shit!” The figure plopped himself down in the chair. “I am so pathetic!“ He glanced at the table, picked up Jenni’s drink and chugged it.

No longer intimidated, Jenni called “Hey, that’s my drink.” He held out the bottle. Jenni grabbed another glass. “I am so pathetic!” the demon cried.

“Well you terrified me!” Jenni rejoined.

“YOU! You are even more pathetic! Always whimpering ‘Oh me ugly, not wanted, poor, poor me!…’ SHIT! So your mom’s a narcissistic bimbo. Get over it! At least she loves you… in her own way, anyway.

“You should see some real demons! Take that Mexican girl who busses dishes at your sorority. She escaped some heavy gangsters down there, but not her brother. Should see her demons! Boy do they get to play it up!

Jenni regarded him, embarrassed. “Gee, I’m sorry. Guess I have been kinda sheltered.”

He gazed at her with a forlorn look. “I am so pathetic the other demons laugh at me!”

Jenni frowned sympathetically, then reached over and poured them both another glass of whiskey. 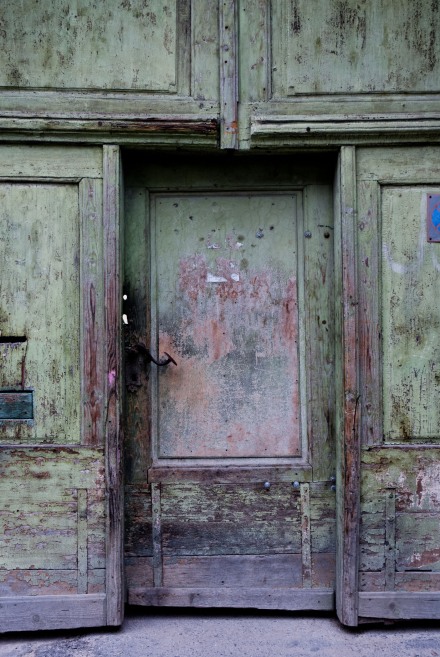 27 thoughts on “Free Story: The Room”