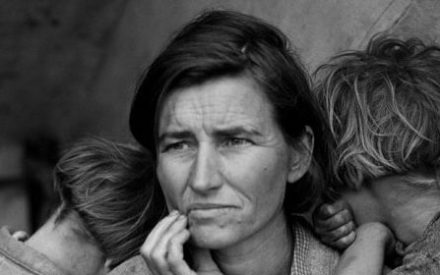 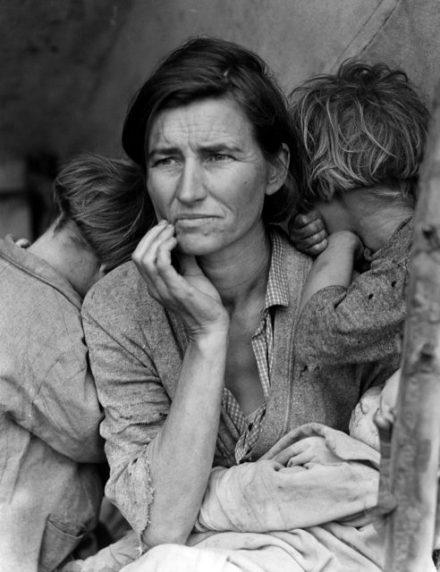 As a youngster with a budding interest in photography, I was inspired by this photo. The fact that an image can move another human being emotionally, impressed me. That a simple image can tell a tremendous story, moved me. No, I did not see it and in the moment think “Oh! I want to be a photographer.” It did, however, help create a respect and fascination for the art.

Reflecting on it now, it shows the meaning of a quote from Philippe Halsman, that I have taken as almost a mantra:

The fascination with the human face has never left me… Every face I see seems to hide – and sometimes fleetingly to reveal – the mystery of another human being. Capturing this revelation became my goal and passion.

I have no doubt that this has moved many other young people to value photography in this way. In a sense, it was that age’s version of the National Graphic’s Afghan Girl.

The tragedy of the photo of Florence Thompson is expressed in the comments by her daughter, Katherine McIntosh:

McIntosh told CNN that the photo’s fame had  shamed the family and resolved them never to be as poor again.

“For Mama and us, the photo had always been a bit of a curse.”

This is the tragedy, that for all her life Thompson was ashamed of the photo. All she saw in it were the judgmental stares and scorn of passersby, of mainstream society. What a shame that she could never see it as so many did: the strength and dignity of a woman struggling against a relentless fate to provide for herself and her children.

This picture teaches many a viewer to see the individual humanity in the mass of people displaced by world events.

A few of my favorite portraits